Download
You are using an out of date browser. It may not display this or other websites correctly.
You should upgrade or use an alternative browser.
Overview Extra info Updates (5) Reviews (12) History Discussion

I recently discovered another soft-lock on map eod7 and was already doing this update, but I didn't want the update to be just that, so I decided to make some other changes:

> repositioned an object out of place in eod2;
> repositioned the secret button in eod3;
> increase the bridge heith by 16 unities in eod4;
> Co-op: removed soft-lock of spawn room in eod7;
> reworked some rooms in eod7;
> quality of life changes to func_ilusionaries and unclipped corners;
> changed all filenames. 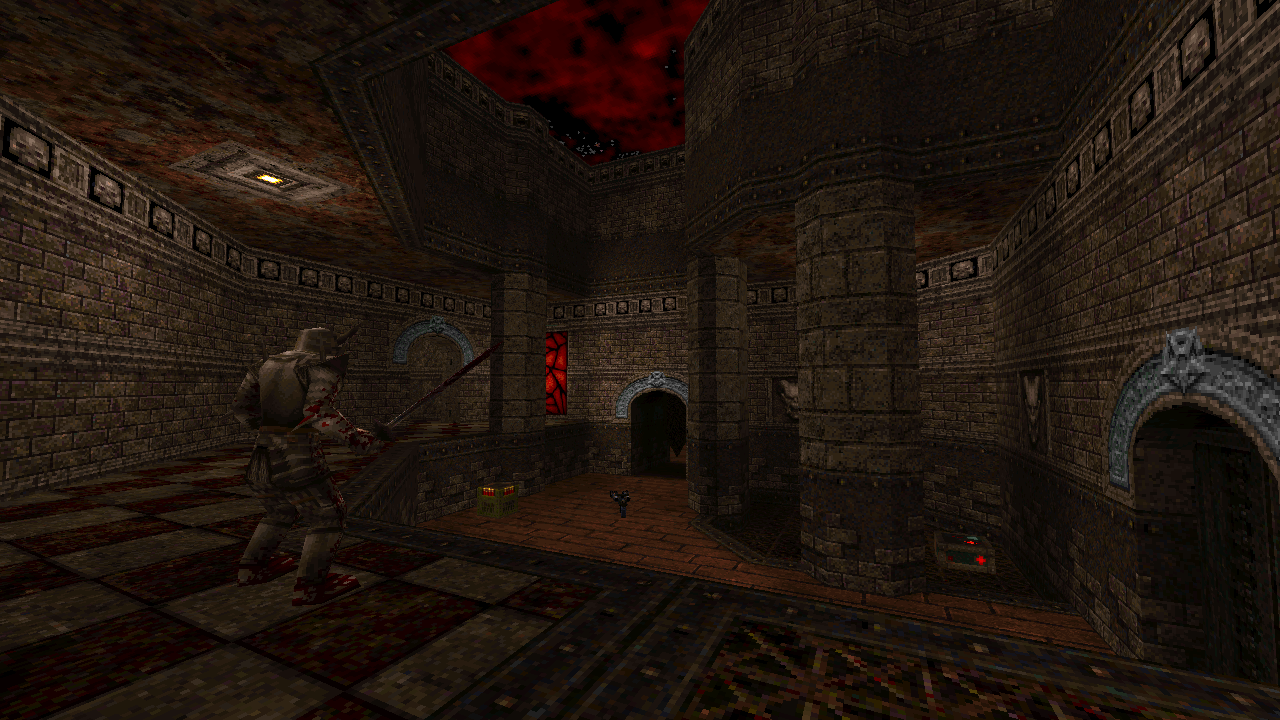 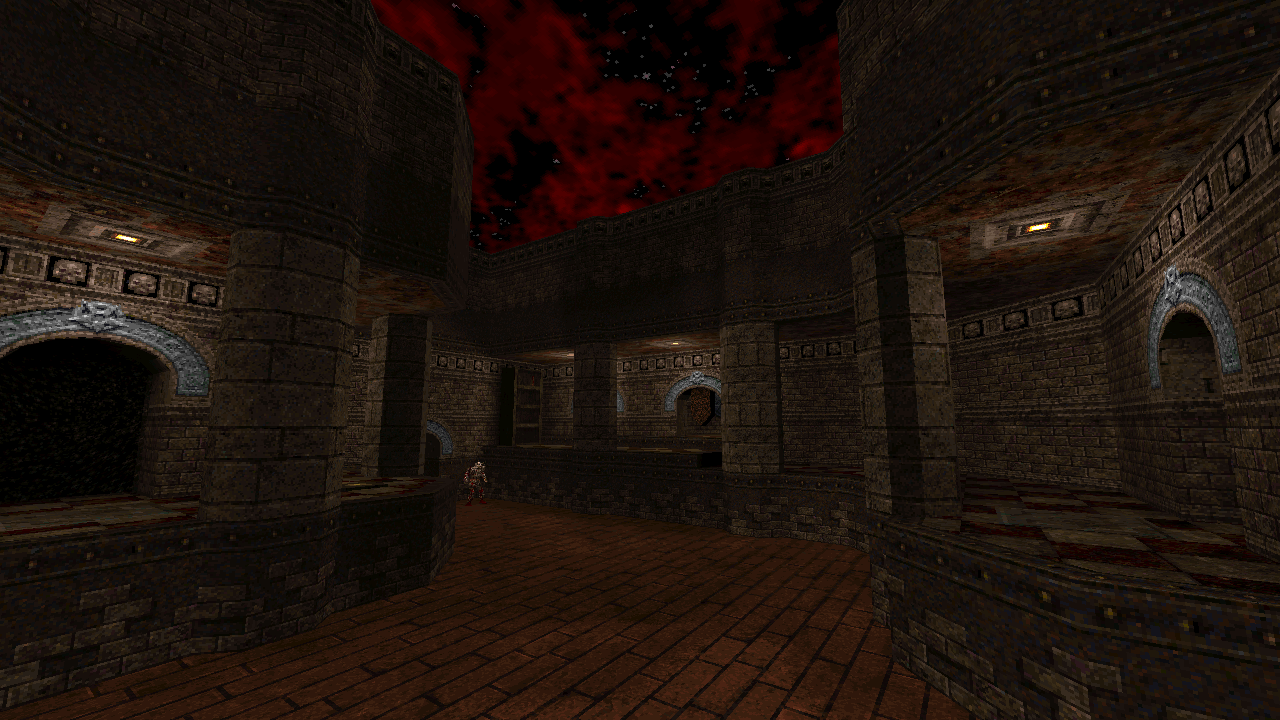 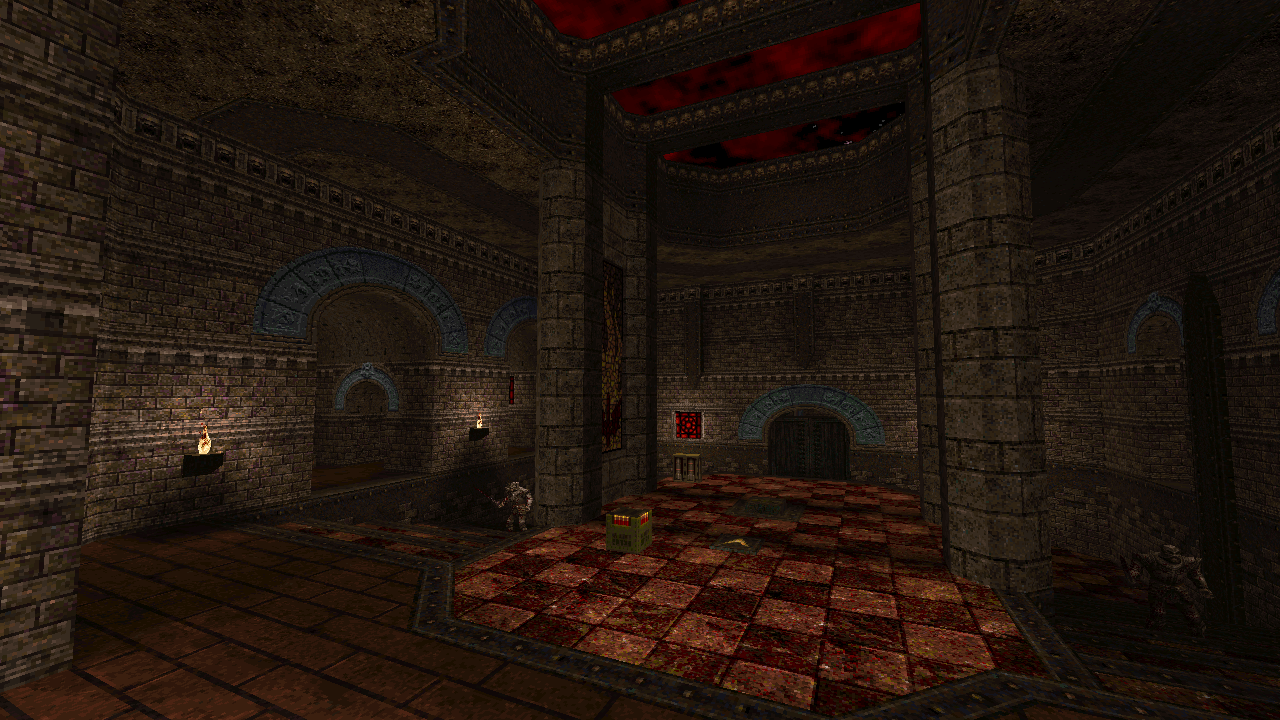 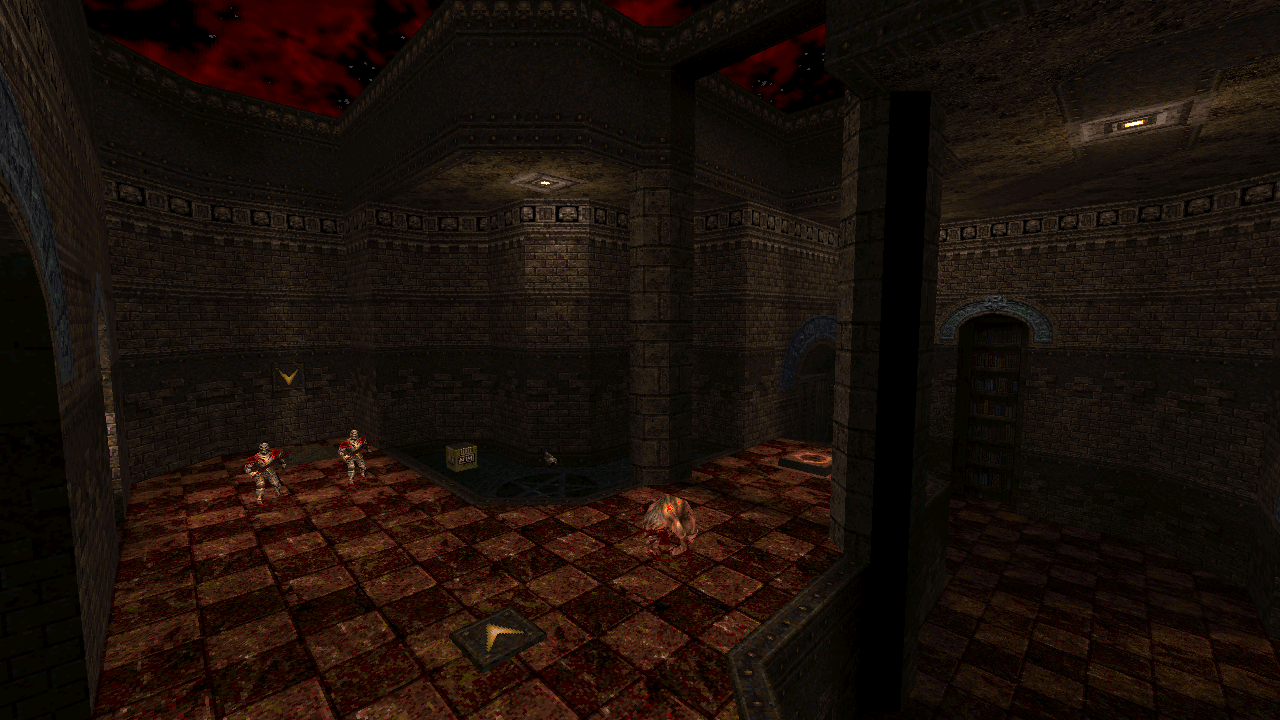 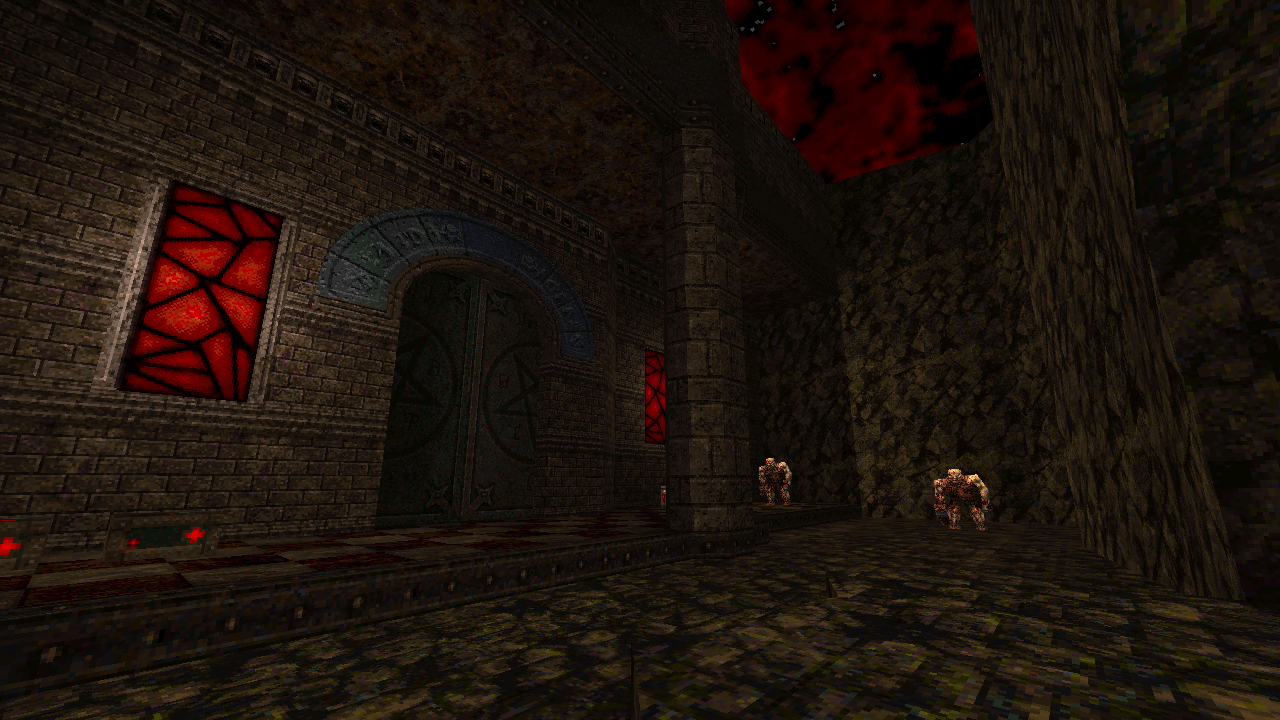 I decided to keep only one version of the episode available, as it also works in Kex Quake

Probably (again) this will be the last major update of the episode. As said, I will only update it again if any bugs of concern are reported. Here is the changelog of this version:


NOTE: The only difference of kex quake version is the filename of intro map and the "map" parameter of trigger_changelevel in eod_7. I made this version so that Immorpher can update the episode to the custom add-ons tab. It is not necessary to download both versions, as the normal version also works in Kex Quake.

I discovered another small bug, thanks to spootnik, where a fiend ends up falling out of his closet prematurely on map eod_2. I decided to increase the space a little inside some closets and also increase the height, since some of them are exactly above the arena where they spawn.

The exclusive version of Kex Quake has no difference from the other version. I decided to create it so that Immorpher can update the episode in the custom add-ons tab. It is not necessary to download both versions, as the normal version also runs on kex quake.

The update was made to fix the main problem of the episode: red/bold texts not being displayed and crashing kex quake, but I also took advantage and changed some points.

Changelog 1.4:
> Removed red/bold texts, turning them white - I'm still not sure it was the red texts that caused crashes in kex quake, because the first versions where the texts were available these crashes never happened in my tests.

>Removed last enemy in eod_5 - I decided to remove the last fiend from the map, because some players ended up using the grenade launcher on it and the explosion radius hit the yellow light trigger_once without displaying the message "only one more to go..." , causing players to be confused about activating the secret exit.

> Trigger_hurt now causes a hit-kill on any monster that falls into the bottom of lava pit, including the player, in eod_7 - This was a bug that I discovered quite by accident in my tests. If the player save the game while a fiend is taking damage from trigger_hurt and load the game, the fiend would stop taking damage and the player would have to kill it manually.

Despite being the final version, I can continue to update if more bugs are reported

Edit: I found out why the game crashed in kex quake, and it wasn't the red texts. An alternative kex exclusive version is available via the same download button. 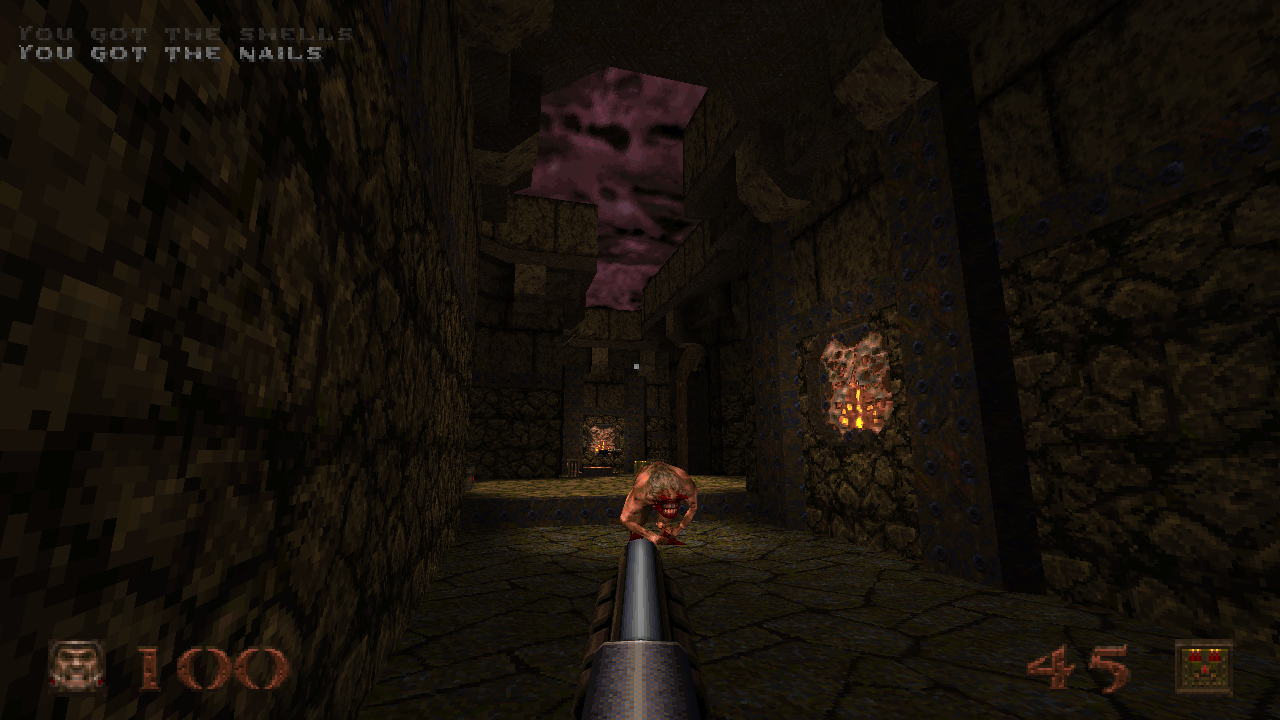 This will probably be the last update for the episode. after a while I found out why the eod_6 map was not showing the sky boxes in kex quake. I accidentally used the sky_black texture on a dark wall. mybad...